He is the husband of Katelyn Duggar.

Jedidiah Robert Duggar was born on December 30, 1998, to Jim Bob Duggar and Michelle Duggar. He was the couple's tenth child, being born shortly before his twin brother, Jeremiah. The family went on to have eight more children after them.

Jedidiah was homeschooled growing up. He took the test to get his GED in 2016, at seventeen years old, alongside his twin Jeremiah and older sister Joy-Anna. His family had a graduation party to celebrate this event.

Like most children, Jedidiah was given chores growing up, which the family called "jurisdictions". In 2011, Jedidiah's jurisdictions were the clothes closet, the upstairs overlooks, and the hallways.

By 2001, Jedidiah's parents had implemented a buddy system, where each older child was paired with a younger child to take care of. Typical tasks for an older buddy included dressing, bathing, and feeding their younger buddies. It is unknown who Jedidiah's original older buddy was. By 2009, the family had switched from individual buddies to buddy teams, with each team being led by one of the oldest four daughters. Jedidiah was on a team with older sister Jinger and younger sister Johannah.

In 2006, as featured on one of the TV specials, Jedidiah and his family moved into a new home in Springdale, Arkansas. The family made a point of doing much of the work on the house themselves, seeing it as a learning opportunity for their children. In this house, Jedidiah was given a dormitory-style room with his brothers.

In late 2009, after his sister Josie was born premature, Jedidiah moved with his family into the Cornish House in Little Rock, Arkansas, to be closer to the Neonatal Intensive Care Unit (NICU). Once Josie was healthy enough to leave the NICU, Jedidiah and his family moved back home.

In 2010, Jedidiah was an extra in the film Courageous, although he did not make it into the film's final cut.

Thanks to the reality show, Jedidiah was able to take a number of vacations as a child. Notable vacation locations include Disneyland, New York City, Niagara Falls, Scotland, Ireland, London, Israel, China, and Japan. 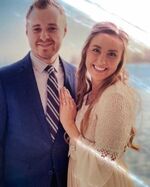 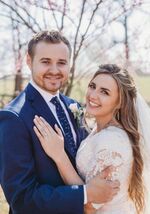 On March 18, 2021, it was announced via the Nakatsu family blog that Jedidiah had proposed to their daughter Katelyn on February 14, 2021.

They were married on April 3, 2021, at the Barn at the Springs in Springdale, Arkansas. The wedding was live-streamed on YouTube.

On January 24, 2017, Arkansas State Representative Charlene Fite shared in later-deleted a post on her Facebook page that Jedidiah was interning at the Arkansas State House of Representatives. On his campaign website, he later referred to this position as being a legislative assistant.

On August 6, 2019, Jedidiah was a guest on the Modern Conservative Thinking podcast. In this podcast, he spoke of the importance of getting involved in local politics. He also mentioned that he interned for Bob Ballinger's 2018 senate campaign. On his congressional campaign website, he said that he was actually the campaign manager on Bob Ballinger's 2018 campaign.

On November 1, 2019, Northwest Arkansas Democrat-Gazette reporter Doug Thompson shared on his twitter that Jedidiah had confirmed to the paper that he is for Arkansas State House District 89, and a formal announcement is expected soon. Jedidiah officially announced this campaign via Instagram on November 3. At that time, he launched his campaign website.

During the 2020 election, Jedidiah ran for Arkansas State Senate as a Republican, pushing a pro-life and conservative agenda. However, he lost to Democratic candidate Megan Godfrey.

1/15
Community content is available under CC-BY-SA unless otherwise noted.